On Listening to Black People 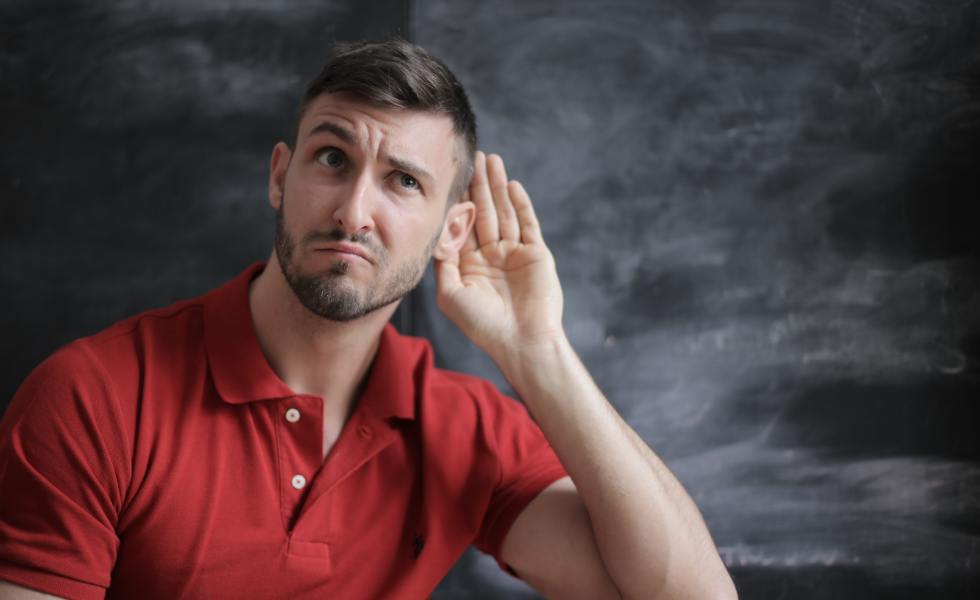 I will reiterate once again, right off the bat, that I am a pastor and not a politician. Some might assume that because I am speaking on political issues, I am wrongly diving into the world of politics when I should be staying in my lane of Christian ministry. I would counter back that what is often labelled a political issue is one that is actually a moral, spiritual, or worldview issue. Such is the case here.

It is increasingly being espoused that white people need to shut up and listen to people of colour when it comes to the issue of systemic racism. Lest you think I am being too poignant in criticism, consider exhibit A:

The line of thinking here is that since white people are the beneficiaries of privilege in our Western system, they don’t get to have a voice at the table. They built the table and own it, after all. If white people want to truly understand how the system is biased in their favour, they’ll need to listen to the stories of people of colour who are on the losing end of the stick.

On paper, this theory sounds good. We should listen. Scripture tells us to be good listeners. We are often far too quick to share our own thoughts without taking the time to hear where other people are coming from. This is a principle I can get behind.

However, there are two major problems with the line of thinking that white people are morally responsible to shut up and listen.

The first is that it fails to take into account that truth is truth no matter who is espousing it. Ideas stand or fall on their own merit. Truth is not determined based on who is making a specific truth claim. Something is true or not even if it is shared by someone who may be generally untrustworthy. As they say, even a broken clock is right twice a day.

On these grounds, white people do have a voice to contribute. Frankly, we all do. And our voices matter not because of the colour of our skin but because our ideas deserve to be presented for scrutiny by others. This is true for everyone. No particular person or people group are uniquely owners of the truth or above criticism. I would therefore conclude that to tell white people to shut up and listen wrongly assumes that only people of colour correctly understand reality and that only white people are skewed by personal bias.

I would say that better advice than “white people need to shut up and listen” would be that “wise people will listen to other people who have different opinions and experiences than they do”. This is true for all people, regardless of race. We should be those who care about the truth, not identity politics.

A second flaw in this thinking is that it assumes that all black people speak with one voice. This is demonstrably not true. One would think from watching the news or scrolling through social media that all people of colour think exactly the same and have the same story to tell. There is a word for it when people make wholesale assumptions about someone based only on the colour of their skin—it’s called racism. Thus, I would dare say that those who promote the specific silencing of white people are perpetrating the very racism they claim to denounce.

When someone says we should listen to people of colour, I want to come back with, “which ones?”

How about Larry Elder?

Or Darrell Harrison and Virgil Walker?

All of these people, and countless others, have a differing perspective than the mainstream media does on issues related to race. One would suspect that this would be perfectly fine, since people are entitled to their opinions. One would also suspect that this would be completely expected, since not everyone thinks alike. Yet it is still surprising to many, and abhorrent to some, that not all people of colour are on the same page.

If you haven’t watched any of the videos I’ve posted, take 30 seconds to watch this one:

What this clip demonstrates is that discrimination exists not only across races, but across ideologies. Ayanna Pressley, the speaker in this video, is categorically excluding people because they do not see things as she does. Or, more accurately, they do not see things as she demands they do. Her premise is essentially that marginalized people groups should all think and desire the same things. This is insulting and prejudicial to those who disagree with her line of thinking.

Why is it that when someone challenges the mainstream narrative, they are rebuked? If you are white (as I am), you must be racist. If you are a person of colour, you are a betrayer to your own people. (There are other words used but I won’t repeat them here.) Or, maybe, you are just an independent thinking person and not a pre-programmed robot based on your particular convergence of race, gender, sexuality, and the like.

Let me circle back to the beginning. What does all of this have to do with Christianity? I would argue three things.

First, we are people who care about the truth. From a biblical perspective, truth matters. More poignantly, the truth will set you free. We should not adopt a cultural worldview based on lies and half-truths that are twisted to fit a particular agenda. It is the devil himself who uses deceit to manipulate people and bring destruction. We desire for people to live godly, fulfilling lives. In order to do that, truth must prevail.

Second, we should love people. When you call someone insulting names because they do not see things as you do, you slander them. Slander is also a tactic of the devil. When the poisonous tongues of some lash others into silence or obedience to the cultural demands of the day, they are living out a demonic strategy rather than one from God. If we are to love people properly, it means treating them with dignity and respect. It means we should listen to them an engage them as an individual made in God’s image who has unique experiences and perspectives.

Third, we should not endorse an anti-Christian agenda. I shall likely write on this more in the future, but the current cultural conversation around race issues is laced with Marxist ideas that pit people groups against one another and foster division, hatred, and violence. As Christians, we should not look to the world to understand racial reconciliation. We have the Word of God. The Bible ought to instruct our thinking about these issues more than anything else, yet the world rejects God’s wisdom. Why should we turn to the world for answers to problems of sin? That’s insanity. We must cling to the worldview laid out in Scripture and believe in the power of the gospel to bring peace to our world one soul at a time.

← On Racism and the Christian
On White Privilege →

1 Comments on “On Listening to Black People”