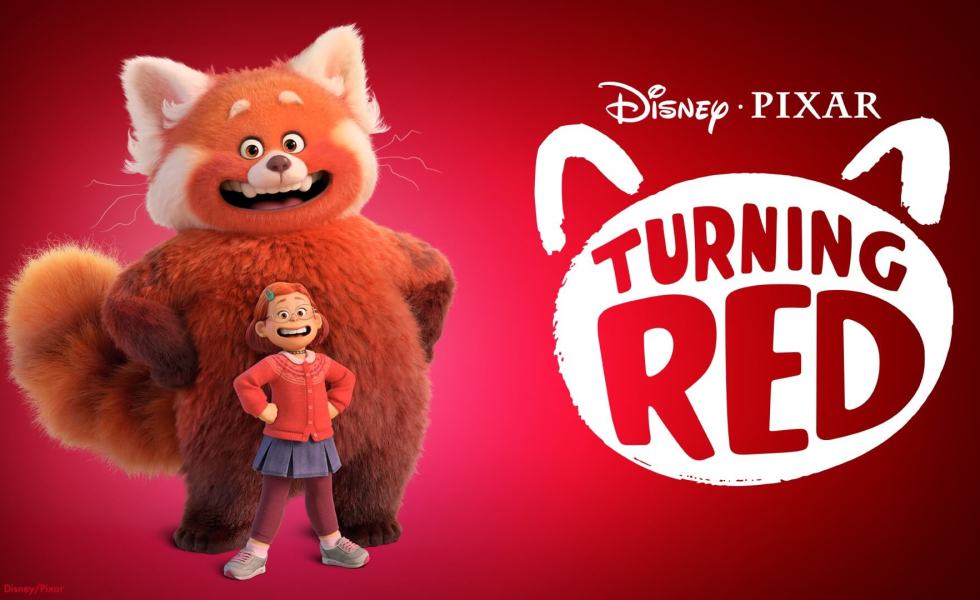 I recently sat down to watch the latest Disney-Pixar movie “Turning Red”. I had literally no idea what the movie was about since I had never heard of it or seen the trailer. All I knew is someone said it was a movie about “self-regulation”. It sounded potentially interesting, since Pixar had previously made an exceptional movie about inner emotions (Inside Out). Boy was I in for a surprise!

This movie is not what I expected at all. In fact, it is nothing like any Pixar movie I have ever seen. The movie is about a 13-year-old girl named Mei, whose family runs a traditional-style Chinese temple near downtown Toronto. And although Mei certainly could use some emotional self-regulation, the movie is actually about her journey into womanhood by experiencing puberty—beginning with her first period.

A Visual Metaphor (Spoilers Ahead)

Mei’s experience with puberty is symbolized in the movie by her unintentionally (at first) turning into a giant red panda whenever she is experiencing “big emotions”. The Mei we are introduced to at the beginning of the movie is completely unlike her alter ego. Mei is shown to be a straight-A student, good friend, and committed to her family. However, when the panda comes out, she is reckless, spontaneous, dishonest, disobedient, disrespectful, and disturbingly sexual.

It is one thing for a film to explore the challenges that puberty will present. In all fairness to Pixar, they definitely chose a difficult subject to address. I would expect any movie addressing the challenges of puberty to present some hard realities, and Turning Red does so without reservation. My issue with the movie, however, is that the message of the film unapologetically endorses the actions of the panda character, rather than demonstrating them to be foolish, dangerous, and immoral. The film’s core message is that brash independence and sexual liberation should be embraced by 13-year-old girls.

Lest You Think I’m Exaggerating

Let me give you some specific events and lines from the film to prove my point.

Once again I’ll reiterate that a movie about teen puberty is a bold choice, but perhaps there is a way to pull it off with tact and wisdom. Turning Red has none of that. Rather, it is an in-your-face endorsement of every worldly value imaginable. Pixar is known for making high-quality movies with generally wholesome values that entire families can enjoy. This movie (rated PG) is a clear break from that path.

I would not recommend watching this movie. It is not worth your time. But if you do decide to watch it, or watch it with your children, do so ready to have some important conversations afterward. You will need to contrast the sinful folly that is promoted with godly wisdom. This is a big task, considering the multiple themes that need addressing:

Romans 12:1-2 tells us, “I appeal to you therefore, brothers, by the mercies of God, to present your bodies as a living sacrifice, holy and acceptable to God, which is your spiritual worship. Do not be conformed to this world, but be transformed by the renewal of your mind, that by testing you may discern what is the will of God, what is good and acceptable and perfect.” This movie is a stark reminder that the world is eager to address tender subjects and disciple young people. Parents need to demonstrate a better path for their children than the one that the world offers, one that comes from a transformed mind that is able to discern what is good and honouring to God.

Essentially, everything that Mei does, you should do the opposite. I would encourage parents to assess for themselves if the movie is a worthwhile learning moment or not. But I would remind all parents that it is non-negotiable that we need to be addressing these issues with our children, because the world certainly isn’t shy about doing it, and it won’t be promoting the kind of values that will help our children develop into godly and mature adults.

← Freedom Convoy and Who You Associate With
Does God Always Side With the Marginalized? →