Disclaimer – I write “Leadership Moments” for the volunteers at my church who work in the youth ministry. Each Leadership Moment is meant to equip the everyday youth worker with the knowledge and skills they need to disciple teens as best as they can. Because these articles are for people I know personally and meant for my own church and city context, they may not always be relevant to the wider public. However I put them here for anyone who might benefit from their content. 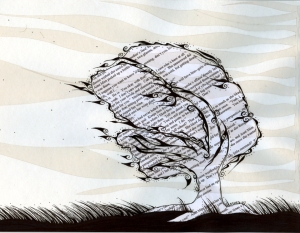 The book of the Bible that deals most with human suffering is Job. Job was a righteous man, blameless in his generation, full of faith and virtue. He was greatly blessed by God with a large family and wealth that surpassed anyone in the land. Of course, things did not stay that way for long. God allowed Job’s faith to be put to the test by Satan himself, who had all of Job’s possessions stripped away, his children killed in a freak storm, and his body covered head-to-toe with painful boils. Through all these trials, Job grieves deeply but never loses his faith. What a testimony!

Much of the book contains a dialogue between Job and three of his friends who have come to comfort him. In the course of their discussion, Eliphaz accuses Job of secret sin as the explanation for his suffering. He suggests that God is punishing Job for something he has not repented of. Job defends himself, and in chapter 6, says something very insightful:

[24] Teach me, and I will be silent;
make me understand how I have gone astray.
[25] How forceful are upright words!
But what does reproof from you reprove?
[26] Do you think that you can reprove words,
when the speech of a despairing man is wind?

Job essentially says that rebuke from a friend (“upright words”) are useful when one has sinned, but Job also says that his complaints are not from a lack of faith. Instead, he describes them as “wind” and “the speech of a despairing man”.

In Job 8:2, another one of Job’s friends (Bildad) again calls Job’s words “wind”. He does so in a way that is not really sincere, however. He says:

How long will you say these things,
and the words of your mouth be a great wind?

In other words, what is happening here is that Job, in his great grief, is saying things that he otherwise would not normally say. He doesn’t really mean what he is saying; rather, he is simply airing out his emotions and venting away his frustrations. His complaints towards God are expressions of immediate pain, but not indicative of a lack of faith. After all, Job is the one who bowed down and worshipped God after his entire life had fallen apart. He had not turned his back on God. But at the same time, it’s not as if Job is some sort of emotionless robot who doesn’t experience pain in the midst of such terrible loss. He is grieving hard, and out of his emotional turmoil come words that are really just “wind”.

Unfortunately for Job, his friends don’t really seem to see it that way. Rather than let his words blow away into the wind like meaningless “speech of a despairing man” (which is what they really are), they instead jump on him and add to the pile of difficulty he is already dealing with. They take his words to demonstrate faithlessness and a heart that is resisting their counsel, and so they press him to repent for a total of 28 chapters. Talk about insensitivity and lack of discernment!

When Words Are Wind

There is a lesson to be learned here. As those who aim to disciple young people, we must be careful to discern what kinds of words a person is speaking – especially those in the midst of turmoil. Are they speaking words that truly reflect the condition of their soul, or are they speaking the wind of a despairing person? It is not an easy task to tell the difference, but we must make a conscientious effort to do so. A failure in this regard would lead us to unnecessarily add to the pain a person is experiencing. If we try to address words that are really just “wind”, we end up wasting time on an “issue” that really isn’t even an issue. Rather than being a help and an encouragement, we would actually be unhelpful and discouraging. O may we avoid such tragic results!

In your efforts to show compassion to those in need, particularly to weep with those who weep, be attentive to spot words that are just “wind”. Here are a few tips that might help you in this regard.

← Pastor Google: The Most Influential Pastor in the World
Take Life One Day at a Time →