Finding Truth in a Post-Truth World

Oxford Dictionaries recently announced that their word of the year for 2016 is “post-truth”. The term is defined as “relating to or denoting circumstances in which objective facts are less influential in shaping public opinion than appeals to emotion and personal belief”. In other words, it means that people are more likely to form their beliefs not based on objective truth but on their own subjective feelings.

In my estimation, post-truth is a fitting choice for word of the year, because it captures a lot of how we see modern-day society functioning. While science is often championed as the conqueror over religion, you would think that would lead to a society that values objective truth over such flighty things as feelings. Yet that is not the case at all. We have a culture that is simultaneously jettisoning religion under the banner of science and reason while at the same time discovering and structuring values based on anything but science and reason.

In a sermon I preached on this subject recently, I used the example of Harambe. In case you missed it, in May of 2016 a three-year-old child managed to climb into the gorilla exhibit at the Cincinnati Zoo and was the subject of one curious gorilla named Harambe. The child was in the enclosure for about 10 minutes, during which time the animal, on a few different occasions, grabbed the child by the leg and dragged him through the moat, coming perilously close to whacking the child’s head against rocks in the process. And while the gorilla seemed to have no particular interest in harming the child, it is also obvious that the child’s safety was in danger, and as a result the zoo staff shot and killed Harambe to save the boy’s life.

Given the outcry from much of the public over the killing, you would think that a living legend had been unjustly shot down in the streets by bloodthirsty gang members. Harambe became an overnight celebrity, dominating internet conversation and social media outlets, having statues erected in his memory, and launching a variety of Harambe-themed memorabilia for purchase. In addition, both the parents and the zoo came under severe criticism. A petition was started to have the “negligent” parents charged for the gorilla’s murder. Likewise, the zoo staff were subject to critique by those who felt that other measures could have been taken in order to spare the gorilla’s life.

However, this response seems to be out-of-step with the reality of the situation. What we know about the facts of the incident help us get a better picture of what was really going on here.

All of this is to say that, using this story as an exemplary scenario, we can see how the world that we live in is increasingly post-truth. Facts don’t shape public opinion. Feelings do. 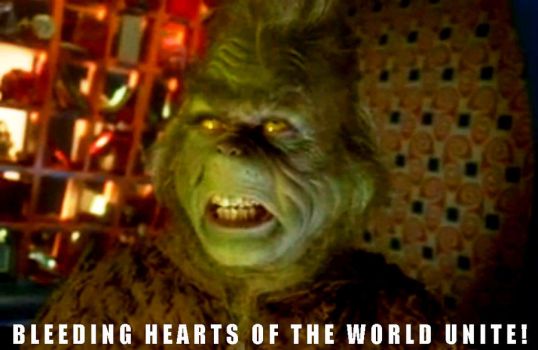 And an entire generation that grew up watching Tarzan be raised by animated gorillas is evidently not prepared to recognize the obvious: that a child’s life was in serious danger, and shooting the animal was an unfortunate but necessary course of action.

The situation we find ourselves in is of our own creation. We have done this to ourselves. When we set up our highest educational institutions to teach young people that truth doesn’t exist and is only relative, we can only look into the cultural mirror to find the culprit of fostering such insanity. The same professor who lectures at length about how there is no such thing as objective truth goes home and grounds his 12 year-old for not obeying his order to clean his room. How badly I want that child to turn to his hypocritical father and declare, “clean is relative”. While there are obviously situations where truth is relative (saying “Tommy is tall” only is true in relation to what you are comparing him to), it is also true that as a society we live with basic agreed upon standards of measurement that help us function in everyday life. Sure, it is technically true that “clean is relative”, but the father can retort with “you know what I meant” and still enforce a fair punishment, knowing full-well that his son knows full-well what he meant by the command “clean your room”.

Truth is real. There is such a thing as objective reality. And if we dispense with such a notion, we do so at our own peril. We do so with great hypocrisy, since every person on the planet functions in everyday life as if truth were a knowable reality.

While it is bothersome that the wider culture is willing to embrace such nonsense, it is truly unconscionable that this has crept into the Christian church. The church is supposed to be a pillar and buttress of truth (1 Timothy 3:15), and yet has capitulated to the sway of society on such essential grounds as the existence of truth. While many Christians will not come out with the boldness of Pontius Pilate and snidely retort “What is truth?” in the face of Jesus, our actions and words still send a similar message. Far too much of the Christian church has done away with or minimized the importance and knowability of truth. Scripture warns that such a thing would occur:

For the time is coming when people will not endure sound teaching, but having itching ears they will accumulate for themselves teachers to suit their own passions, and will turn away from listening to the truth and wander off into myths. (2 Timothy 4:3-4)

An increasing number of people within the church will grow tired of the truth, and will seek out teachers and preachers who will instead affirm what their sinful hearts already want to hear. So now we have Christian leaders who will bless homosexuality, embrace the equality of all religions, and deny the existence of hell. Why? Not because such things are true (they aren’t), but because that’s what will scratch people where they itch. Ungodly church leadership has cowered under the pressure of society’s expectations and morphed the message of the gospel into something that it isn’t.

We are post-truth because the truth confronts us. It forces us to humble ourselves and change, but we are simply unwilling to do so. As a result, we conveniently discard the truth and replace it with our own subjective feelings. We take as real whatever goes along with our momentary whims. But we are injuring ourselves as a result. Human beings were not meant to flourish under the cloud of deception. They were meant to flourish in the light of truth. We do ourselves a disservice when we put our own feelings above the truth. It can lead to nothing but self-destruction on both an individual and cultural level.

My plea is that we would become lovers of the truth. That we would allow the truth to confront our false beliefs and distorted feelings and rather than resist it, embrace it. In doing so we will experience what Jesus himself promised, that we would know the truth, and have the truth set us free.

← 4 Kinds of Churches
Canadian Teens: “I’m not the same person on Instagram that I am in real life” →