Don’t Just Hear the Word—Obey It! 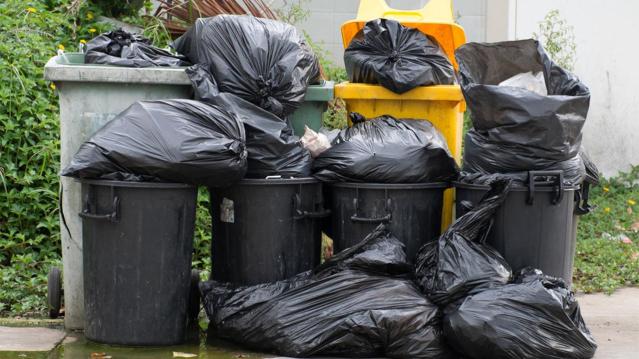 [22] But be doers of the word, and not hearers only, deceiving yourselves. [23] For if anyone is a hearer of the word and not a doer, he is like a man who looks intently at his natural face in a mirror. [24] For he looks at himself and goes away and at once forgets what he was like. [25] But the one who looks into the perfect law, the law of liberty, and perseveres, being no hearer who forgets but a doer who acts, he will be blessed in his doing.

All too often we are guilty of knowing what the Bible teaches but not putting it into practice. I know that in this regard I am guilty as charged. But to show the foolishness and absurdity of this behaviour, consider an illustration from a sermon on this passage by Mark Driscoll.

Imagine a father is leaving for work in the morning when he remembers it is garbage day. He doesn’t have time to collect all the garbages from various rooms in the house and bring it all out to the curb, so instead he writes his children a letter asking them to do it before school and leaves it on the kitchen table. When he comes home, he finds that the trash has not been collected or taken out. He sits down the kids to ask if they read the letter. They respond:

Yeah dad, it was amazing! The prose was fantastic. The imagery was astounding, and the punctuation was perfect. All the verbs were in the right tense. Dad, you are a very good writer, and we really got the heart behind the letter because you were so loving toward us.

So yeah, dad, we took it very seriously. We skipped school. We spent the whole day studying the letter. We never really thought about trash like this. We started researching how other nations dispose of their trash, and it got us into other fields of study—carbon footprint, recycling. It really got us thinking how we could study trash taking-out in a gospel-centred way. So actually, dad, we brought some friends over. We spent the whole day going through the Scriptures, examining this issue of trash because we, frankly, overlooked it until recently. And what we found is that this is a theme in the whole Bible. Dad, we found that in the Old Testament they would take their trash outside of the city. And that trash was symbolic of sin, and it needs to be away. We learned that they would take it to a place called Gehenna and they would set it on fire to burn it, and that was imagery for hell. That was amazing dad. We didn’t know this.

And then we looked at the New Testament. First we did Old Testament Hebrew word studies on trash, and then we did New Testament Greek word studies on trash with all of our friends. We had a small group, and we found that the language of trash is used in the New Testament. Did you know in Philippians Paul says that all religion is like trash? That was shocking to us. So we started a website. We’ve actually launched a ministry where we’re trying to educate people about the theology of trash.

What do you suppose the father’s response to this would be? While I’m sure he would appreciate to some degree the effort his children put in, it would ultimately be a negative thing because they didn’t end up actually doing what they were asked to do!

This humorous illustration is actually pretty accurate. Many of us are guilty of spending time hearing the Word of God without actually doing it. Bible reading, study, preaching, teaching, and the like are incredibly important. But these are all step 1 in the process. If we never get to step 2—actually putting what we have learned into practice—then we miss the whole point.

Don’t just strive to be an expert in understanding the Scriptures. Strive to excel in obeying them. This is a healthy thing to be reminded of from time to time!

Category: Christian Living, Devotional     Tags: be doers of the word, do the word, hear the word, James 1