On Racism and the Christian 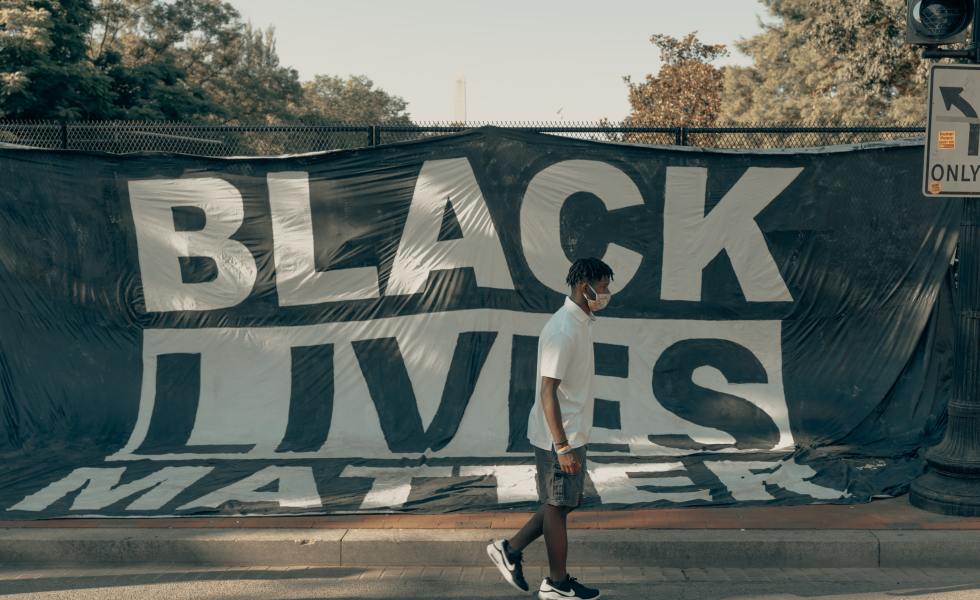 I am trying to walk out the principle of James 1:19, which says “My dear brothers and sisters, take note of this: Everyone should be quick to listen, slow to speak, and slow to become angry.” After much reflection, listening, and prayer, I feel it is time to speak.

Let’s begin with the obvious. Racism is a damnable sin, as I have written about before. I hope and trust this statement is no surprise to you. As a follower of Christ, racism falls into the category of hate for others and partiality, both sins in Scripture. We are called by God to love others, even those unlike us. On this point, I hope all Christians can happily agree.

However, this is not the end of the story. We are living in times when the basic definition of racism is being changed. Racism is no longer simply treating others as less-than because of the colour of their skin, it has morphed into something much more complex than that.

Let’s take a minute to examine these concepts individually.

Basic racism occurs when someone is treated less-than because of the colour of their skin. For example, Lexico.com defines racism as “prejudice, discrimination, or antagonism directed against a person or people on the basis of their membership of a particular racial or ethnic group, typically one that is a minority or marginalized.” From a Biblical perspective, racism is a form of prejudice or favouritism. James 2:1-12 strictly forbids favouritism, classifies it as a “sin” that springs from “evil thoughts”, and demonstrates that it is breaking God’s law to “love your neighbour as yourself”. Granted, that passage uses a rich/poor example rather than race, but the principle applies the same.

Systemic racism, on the other hand, is more nebulous. Systemic racism focuses on societal structures that are based upon, and reinforce, racist ideals. It does not necessarily require the presence of a specific racist, specific victim, or specific act. It can exist apart from these things because it is built into the system and structure of society, so much so that we hardly even realize its presence.

Easy vs. Hard to Identify

For the reasons above, basic racism tends to be easily identifiable, while systemic racism is less definable. For example, if a white man calls a black man the N-word, it’s not hard to point at that and say “that’s racist”. On the other hand, systemic racism is hard to identify because it can exist without any specific qualities of racism being present. For example, a black man can be struggling to make ends meet, and one can simply point to “systemic racism” as the cause, even apart from any identifiable racist person or act.

This is the current thought-structure being forwarded by the culture. The question is, should a believer in Christ adopt it? Many would criticize me for even attempting to answer the question, since I am a “white man of privilege in North America”. Who am I to judge the system I benefit from, they might argue. Yet this is precisely the problem with this line of thinking. Allow me to explain.

The concept I am attempting to outline here is known as Critical Theory. Critical Theory is a form of Marxist thought that can be described as a worldview. It essentially works like this…

Step 1: Single out a sphere of life.

Step 2: Identify differences of outcome in that area.

Step 5: Attack the oppressors and empower the oppressed, thus toppling the system.

Does this line of thinking correspond to reality? Is it biblical? I believe the answer is nuanced.

On one hand, there is at least some merit to the concept of systemic racism. It is without a doubt that the country in which I live (Canada), as well as the United States, has a history of white people trampling on other people groups through use of force. At least some of these injustices have had attempts to be addressed (such as land treaties, emancipation, etc.), and it is up for debate how successful these efforts have been on the whole.

On the other hand, Critical Theory paints with such a broad brush that it fails to take into account many other important factors, such as generational gaps, group subculture, integrity, and work ethic. As a simplified illustration, even in a society where there exists a perfectly equal playing field in terms of opportunity, there will always be a difference in terms of actual outcome. The success of a person might be far more tied to their character and the fact that they bust their butt in school or at work than it is to the system they exist in. It is possible for those who are handed an easy path in life to ruin it by poor decisions, while another person is born into hardship and fights their way out of it.

The point is that Critical Theory is only, at best, an oversimplified partial explanation. It is, at worst, a disgusting and hateful ideology that is centred more on lies, victimhood, and revenge than on truth and justice. I believe I can see both at play in the culture at large.

My main point is this: life is complex. Circumstances are unique. People are individuals. It is just as wrong to use a generic outline such as Critical Theory to explain the world around us as it is to function as a literal racist on basic terms. Critical Theory, taken to its most extreme, says to all white people “you are guilty and complicit whether you realize it or not” and to all black people “you are oppressed and a victim whether you realize it or not”. These are not true, at least in any universal sense. To accuse all white people as being “part of the problem” may very well be tantamount to breaking the ninth commandment, “you shall not bear false witness against your neighbour” (Exodus 20:16). It also strips the perceived victim of any personal responsibility.

We are guilty of sin when we make assumptions of others in these matters. The very justice we are seeking itself can become a gross injustice when we divide people into groups and ascribe to them wholesale moral qualities. Naturally, any believer in Jesus should want to see justice in this world. When a case of injustice arises, we should seek to rectify it. But what we cannot do is ascribe to people groups generic accusations that fail to take into account the details. This is not judging with right judgment.

If we are going to move towards racial reconciliation in any meaningful way, then we must care about the truth. Sometimes the truth does not fit our own agenda or worldview. Sometimes the truth is nuanced. Sometimes only God knows the truth. But we cannot live by half-truths and trample over those who desire a more accurate perspective. This goes for all people on “both sides of the issue”.

I would like to close with this. Again, I am writing primarily to believers. Do you believe 2 Timothy 3:16-17? That passage says:

“All Scripture is God-breathed and is useful for teaching, rebuking, correcting and training in righteousness, so that the servant of God may be thoroughly equipped for every good work.”

What I mean is, do we believe that Scripture has the answers? Is it sufficient to equip us for good works in this world? I believe that it is. If you are found confused by these issues and the worldviews presented, bring it back to the basics. Cherish the gospel. Know that Christ changes hearts. Love people. Show grace. Treat all fairly. Forgive. Be quick to listen and slow to speak. If you allow God’s Word and the Holy Spirit to guide you, you have all you need to live a life honouring to God.

← An Appointment With Death
On Listening to Black People →