Social Justice Is a Secular Religion 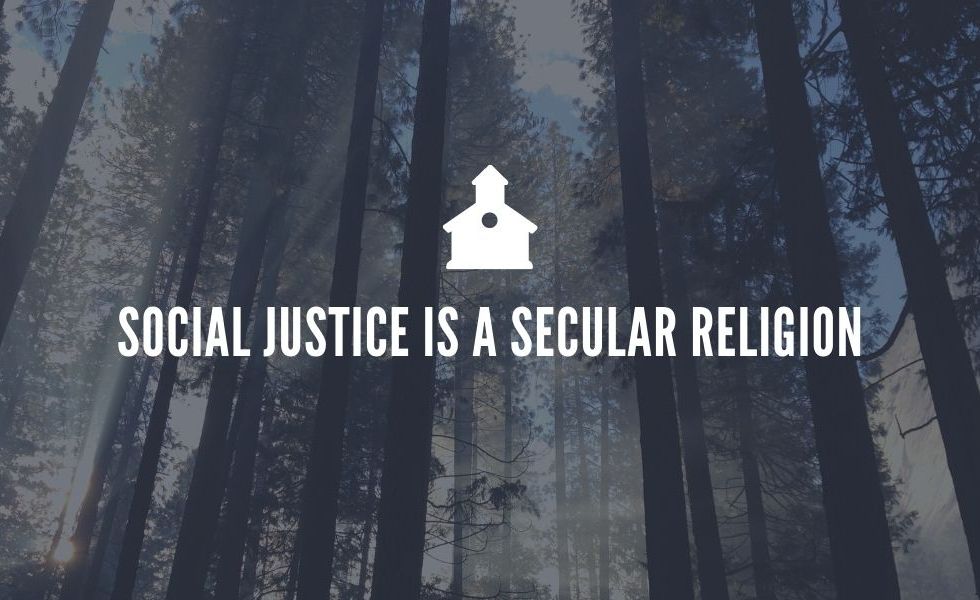 I have been hammering on this theme for a while now, and there is good reason for that. I remember listening to some sermons and podcasts over 10 years ago where some Christian leaders were trying to point out the problems with the social justice movements happening in North America, in particular how they affect and infect the Church. At the time, I remember thinking to myself, “there definitely is something off about all this, but I don’t really see what the big deal is”. There were then—and are now—other Christian leaders who fully embraced the social justice movement and, even more the point, argued that it was demanded of us as believers to do so. To be honest, it felt like a lot of this went right over my head and I ended up not really doing much about it.

All of that changed for me when George Floyd died. The subsequent Black Lives Matter movement absolutely forced me to no longer stay on the fringe of these issues, so I finally dived in full force. I read and listened to absolutely everything I could get my hands on from a variety of different perspectives. But, most importantly, I started investigating text books and primary source literature about social justice. This is when the light bulb finally went on for me. The reason I had trouble making sense of social justice movements was simply because I never took any sociology classes in college or university. These places are the training grounds for social justice activists, where they gain a certain understanding of the world and everything wrong with it. Once I was finally able to bring clarity to various terms and concepts, everything fell into place.

Therefore, I have a lot of sympathy for those who either reject my arguments or are suspicious of them. I was in their shoes not long ago. It took me a long time to make sense of it all, and it helped hearing it from a variety of different angles. That’s why I keep harping on this issue. I’m certain there are those out there who, like me, will take some time to be able to wrap their heads around this subject.

Here I am again shooting at the same target from a different angle. I’m arguing that social justice, as it is being lived out in real-time, functions exactly like a religion. It is not a fringe activity that can be tacked on to the life you are already living. It actually demands to be at the centre of your life, because embracing social justice demands embracing a certain view of the world, yourself, and those around you. I have created the following chart to help show the ways social justice parallels Christianity. The point is to demonstrate that the more you embrace social justice ideology, the more your Christian faith will be forced out of your life. Put simply: they are competing worldviews. To the degree that you accept one, you must reject the other.

This is not to say that Christians don’t care about justice or compassion. Don’t misunderstand me. Scripture calls us to love our neighbours and seek the well-being of others. Yet this is not the same as secular social justice. Social justice as the world defines it is very different than helping the oppressed from a Scriptural perspective. I will elaborate in a future post more about this difference, but just know that here I am arguing against social justice the way the world defines it, not the way well-meaning Christians use the term.

Since unfolding the details of this chart would take a book-length explanation, I’ll chip away at it over time. Drop your comments, questions, or critiques by leaving a comment below, and I’ll do my best to respond to them. Stay tuned for more info coming.

← What Does It Mean to “Think Biblically”?
War of Words: Christians Are Becoming Secularized Because of Shifting Definitions →

5 Comments on “Social Justice Is a Secular Religion”