How Can I Know Which Movies, Music, and Video Games I Should Avoid? 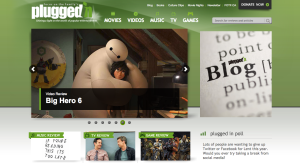 Entertainment is big stuff these days. Movies, music, and video games combined make up more of our lives than most of us would like to admit. They really are the dominant forces in shaping the culture around us – for good or for bad.

From a Christian perspective, how are we to handle all that is offered to us through these mediums? What is good? What is not? How can we tell the difference? These are important questions to ask.

When it comes to media, there are definitely a few wrong mindsets to have. Here are three of them.

Some feel that all movies, music, and video games are acceptable. They simply are what they are, and nothing should be deemed as immoral or unhelpful. This view is wrong for a few reasons, but the main one is that it fails to account for God’s demands of holiness from his people.

Seeing the possible sinful influence of media, others will reject it altogether. In this case, complete withdrawal from movies, music, and video games is an attempt to avoid a sinful influence and keep oneself unstained by the world. This view also has its flaws, mainly because (1) it fails to understand that God endowed human beings with talents and creativity because he wanted them to use those talents for his glory, and (2) avoiding media altogether will not solve the fact that sin still resides in your own heart.

A third view is not particularly accepting or rejecting of media, but simply indifferent. The thought that media could have a positive or negative message is met with a mere shrug of the shoulders. This kind of person simply does what they do without thinking or caring much about it at all. This attitude is likewise to be rejected because indifference is simply not an option. Christians are called to be thinking people, exercising discernment in the world around them. So to simply do “whatever” and not think about it is to shirk your calling to be attentive to your own life.

Not Rules, But Principles

The view that I believe is most Biblical lands somewhere in between total acceptance and total rejection, while being anything but total indifference. The Bible does not gives us many rules, such as “If a movie is rated R, it is a sin to watch it” or “If the music has the ‘Explicit Content’ label, it is a sin to listen to it”. These kinds of rules are man-made, and though they might be helpful for some individuals, they are not to be put on all Christians across the board.

Instead, rather than giving us specific rules that would make obeying God quite clear and simple, the Bible gives us principles. Principles, unlike rules, are less cut-and-dry. They take some effort to define, and also require us to ask hard questions about ourselves. Living according to principles, instead of rules, demands that we actually have a living faith and a real relationship with God. It requires that we do the hard work of asking questions and examining our own hearts. There are no easy shortcuts – which means that assessing what media is good or not won’t be simple.

Consider, for a moment, the following Biblical principle:

Keep your heart with all vigilance, for from it flow the springs of life. (Proverbs 4:23)

Here, the Bible is showing us that our hearts are the source of our lives. Everything we think, say, and do flows out of our hearts. Therefore, if we want to be godly people, we need to be attentive to what is affecting our hearts. The wise person, this verse says, will not just open up their heart to anything, but rather guard it diligently.

The guarding of one’s heart is not a rule, but rather a principle. The principle is to guard one’s heart, but the Bible doesn’t give specifics on how to do that. It is left to the individual believer to figure that out for themselves, with the help of prayer, counsel, and the Holy Spirit. One Christian might come to a different conclusion than another. For example, one believer might decide that to guard their heart they will put accountability software on their computer. This is a wise practice! But because it is not a Biblical command, it would be wrong to say that all Christians should do the same. Another Christian might seek to guard their heart in other ways without any accountability software. For some, this might be the right choice. What this all means is that when it comes to trying to determine what music, movies, and video games should be avoided, it is up to individual Christians to get to know their own weaknesses and temptations, and to then put up safeguards in ways that are wise for their own unique situation. There simply are no straightforward , universal rules in this regard.

How Can I Know My Heart?

If guarding one’s heart is a wise and Biblical principle, just how does one do it? It begins by knowing your own heart well. This is no easy task, as our hearts are full of sin. Jeremiah 17:9 says “the heart is deceitful above all things, and desperately sick; who can understand it?” This is a sober warning to us all. It shows us that if we take self-examination casually and prayerlessly, we are doomed to deceive ourselves. We need the help of the Holy Spirit to convict us and give us clear guidance.

I would point to the following verse as a great place to start:

What Paul is addressing here are Christians who understand that the Bible doesn’t have many rules (mostly principles), and are using that as an excuse to do whatever they want. These Christians are saying things like, “The Bible doesn’t say I can’t see R-rated movies, so you can’t tell me it’s a sin.” They essentially have the mindset that, if there isn’t a Bible verse specifically condemning a certain thing, then that thing is fair game.

This kind of thinking is flawed, as Paul is pointing out in this passage. He says that though the Bible may not specifically forbid something (“all things are lawful”), it doesn’t automatically mean that we should indulge in those things. Why? Because something can be technically not a sin, but also be unhelpful or enslaving.

Let me use the three bolded words from 1 Corinthians 6:12 (lawful, helpful, enslaving) as a means to lay out some good questions for self-examination. When thinking about what movies, music, and video games to avoid, ask yourself questions such as these.

The “law” can mean God’s law (Biblical commands), the law of the land (government), or the laws of authority figures (parents, teachers, coaches etc.). A few questions you might ask are:

Christians are repeatedly commanded in the Bible to be “sober-minded” and “self-controlled”, which are the opposite of being addicted. Some things that might be lawful or even helpful to some, could be enslaving to others. Therefore, we should ask questions like:

In the end, the main thing to highlight is that Christians ought to be thinking, reflective, prayerful people when it comes to what kinds of media they consume. They ought not to be to quick to watch, listen to, or play anything, keeping in mind that inevitably their hearts will be affected – for better or worse.

One awesome tool to help Christians make informed decisions about media is pluggedin.ca, which is a Christian website that posts detailed reviews of current music, movies, videos, video games, and television shows. It has been very helpful to me, allowing my wife and I to read up on a movie before we go to the show to see it. This has helped us avoid wasting $10 and 2 hours on garbage a number of times. I would encourage anyone to check it out and remember to do the hard work of being in-tune with God and your heart through personal devotions, repentance, and being involved in a Christian community.

← Saved By Faith or Works? A Look at the “Contradiction” Between Paul and James
Is Speaking in Tongues Necessary For Salvation? →